The 2015 ZAP Experience: Is Zinfandel the new noir?

This past January 28-31, Zinfandel Advocates &Producers (a.k.a. ZAP) held its 24th full-scale “Experience” in San Francisco’s Presidio.  ZAP 2015’s theme:  Zinfandel is a rising star... reach out and grab it.

Zinfandel, of course, is not exactly a “rising” star.  It has been a major varietal since producers such as Ridge in the sixties and seventies, Ravenswood and Rosenblum in the eighties, and Robert Biale and Turley in the nineties began leading the way; fueling consumer mania for the grape’s more obvious features, such as big, lush, jammy fruitiness.

At the same time, Zinfandel producers have always been acutely aware that Zinfandel has never really caught on with the on-premise trade – particularly sommeliers in high-end restaurants, hotels and resorts.

In turn, much of the on-premise trade has never made any bones about its perception of the category’s shortcomings over the past twenty years:  particularly the fact that most commercial Zinfandels almost seem to be crafted for lowest-common-denominator tastes.  Measured by girth rather than balance, Zinfandel tends to be over-oaked, overripe, often annoyingly sweet and rarely capable of expressing subtleties of terroir or origin.

Zinfandel, in other words, usually ends up tasting too much like “Zinfandel”:  defined by trendish conceptions of “varietal character,” almost always at the expense of sense of place – a tragedy, considering the historical nature and complexity of field mixes common to so many ancient vine plantings.  The entire premise of ZAP, after all, is that Zinfandel is America’s heritage grape – to be treasured, and preserved.  I’m there, and not only that:  from experience, I know that Zinfandel is probably the most food-versatile red wine in the world (take that, Barbera and Pinot Noir).

But if you’re still not understanding why I can be such a cheerleader and, at the same time, critical of the varietal, let me put it this way: how many big name Zinfandel producers do you know who bottle five, six, maybe ten or up to a dozen different single vineyard designated wines, which all taste pretty much the same, no matter where they come from? Come on. Don't you think special vineyards, different appellations or unique terroirs, deserve better treatment than that?

That’s what drives me nuts about even the finest Zinfandels.  All too many of them are crafted with an obsessive need to achieve a numbing uniformity of “varietal character,” usually with a heavy-handed dose of some kind of predictable “house style” (using the same yeasts, the same enzymes, the same re-hydration formulas, the same alcohol, pH and T.A. levels, the same oak dust and barrel regimes, ad infinitum).

Hence, ZAP’s “rising star” mantra at the 2015 Experience in San Francisco may, in fact, be very apropos.  As popular and as good as it can be, Zinfandel still has a ways to go towards “grabbing” the attention and respect of certain members of the trade.  Call fussbudgety sommeliers (or speaking for myself, sommeliers-turned-journalists) what you will, but I think we have a beef.

But not with all Zinfandels, of course.  There has been a very positive, growing movement afoot during the past few years, which has really been turning sommeliers on.  Those sommeliers, that is to say, who haven’t remained stubbornly close-minded about Zinfandel.  It will take a while before many of them become aware of what Christopher Sawyer – the former wine director of Sonoma’s Carneros Bistro & Wine Bar – shared with me following this year’s ZAP.

According to Sawyer, “The 2015 ZAP may represent a huge awakening for people who thought all Zinfandels were big, sweet, and high in alcohol.  Instead, we’re starting to see a paradigm shift towards a new breed of young, adventurous winemakers who are putting more emphasis on elegance and food-friendliness – especially those working with ancient, heritage plantings from less familiar regions, such as Lodi, El Dorado, Mendocino, Lake, and Contra Costa counties.”

In my capacity as The SOMM Journal Editor-at-Large, I participated at the 2015 ZAP as organizer and moderator of a panel discussion/tasting strictly for an audience of media and trade on Wednesday, January 28.  Our panel, and the wines presented:

The question that I dangled throughout the course of both events:  how close is Zinfandel coming to being simpatico with, say, the needs of sommeliers, or any wine lover expecting more from the category than simple, brutal varietal character?

Lulu McAllister, wine director at San Francisco's cutting-edge NOPA restaurant, also addressed the trade and media with Wong, seconding his emotion regarding Zinfandel’s role on the table.  According to McAllister, “I have Zinfandels on my list with the structure to handle pork chops and lightness to match fish and vegetable dishes.  I think it’s the fact that many of the best Zinfandels come from ancient, field crushed plantings – vineyards mixed with Carignan, Petite Sirah, Mataro, Alicante Bouschet and other grapes – that is giving us all the more reason to highlight it in the restaurant.”

Wilfred Wong – a beloved San Francisco based retail merchandiser, now employed by wine.com as “Chief Storyteller” – sat on the trade and media panel, and had this to say:  “I happen to believe that Zinfandel is still on the rise, after four decades of tremendous growth.  For the restaurant trade, it has always been one of the most food versatile varietals out there, and most recently producers have been finding a sweet spot between power and balance.  Many of the wines tasted at this year’s ZAP events showed incredible finesse, proving that Zinfandel can appeal to more sophisticated tastes.”


Inevitably there are sobering nays mixed in with optimistic yays.  Ron Washam, well known in the blogosphere as the HoseMaster of Wine, has worked with Zinfandel as a full-time sommelier for over thirty years in the L.A. area, before recently putting himself “out to pasture” in Sonoma County.  With his imitable phraseology, Washam tells us, “Every six or seven years some writer has declared ‘Zinfandel is about to break out.'  Zinfandel has seen so many outbreaks, it's the measles of wine varieties.”

Adds Washam, “I did walk away from ZAP thinking that there are fewer Turley impersonators than there were a few years ago, including Turley.  One of the prettiest Zinfandels I tasted was the 2013 Turley Vineyard 101 – nothing resembling the brutish Turleys of yesteryears.  Overall, I found a lot more Zinfandels that seemed focused on pretty varietal aromatics, and fewer that smelled like they should have that pretty Sun-Maid lady on the label.  I think that will ultimately serve the varietal well.”

Robert Volz of Portland’s pour wine bar & bistro tells us, “I traveled all the way from Oregon to attend ZAP because Zinfandel is my second-favorite grape, after Pinot Noir.”  Like Harding, Volz was struck by the Lodi Native Zinfandels, in which he found “lower alcohol levels and higher organic elements, much like the earthy aspects of a Burgundian or Oregon Pinot Noir.”

Full disclosure:  yes, I live in Lodi and have advised on the Lodi Native project.  But in every presentation to journalists, buyers or sommeliers, I have never suggested that they have to like the wines.  Lords knows, wine professionals make up their own minds, and so far the reaction to the Lodi Native Zinfandels has been overwhelmingly positive.  They get the beauty of lighter, naked Zinfandels.

Still, when all is said and done, Mr. Washam remains skeptical:  “Will the sommeliers of the world go retro and suddenly decide Zinfandel is the Next Big Deal?  I have my doubts.  Restraint may be the trend right now, but I have the feeling that the big fruit bombs of the past will make their inevitable comeback.  Hey, I love Zinfandel, always have – I just don’t think it has to be the next Pinot Noir.  It should be fine being ‘good ol' Zin!’”

ecatering.irctc. said…
Nice blog.....In this blog you give the useful information. Thanks for sharing. We are giving the services of fresh food in running train. You can order food in train.
Fresh food on train
January 9, 2019 at 10:25 PM

Thomas B. Brown said…
Check out our great wine products. We have wine glasses, corkscrews, wine decanters and interesting wine products.
April 4, 2019 at 8:00 AM 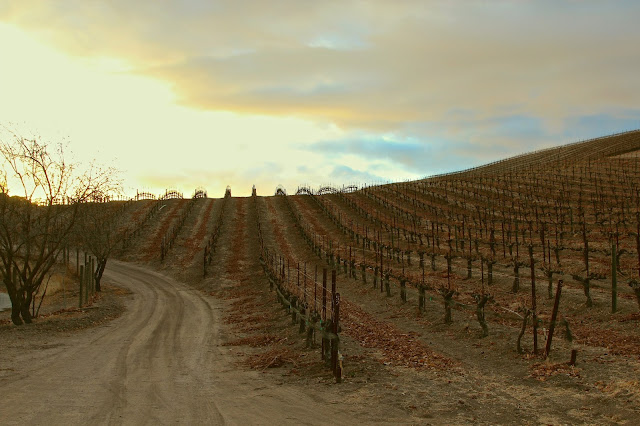 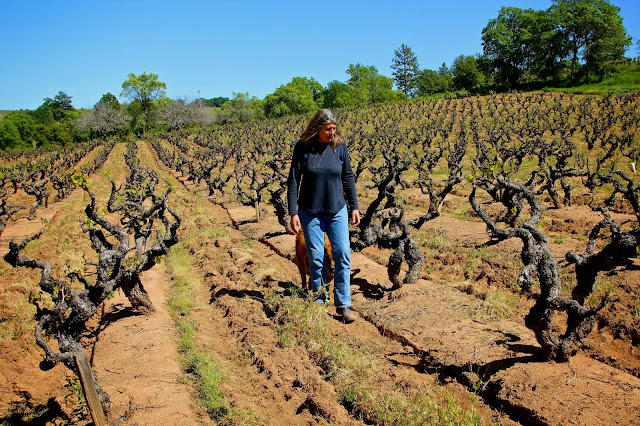 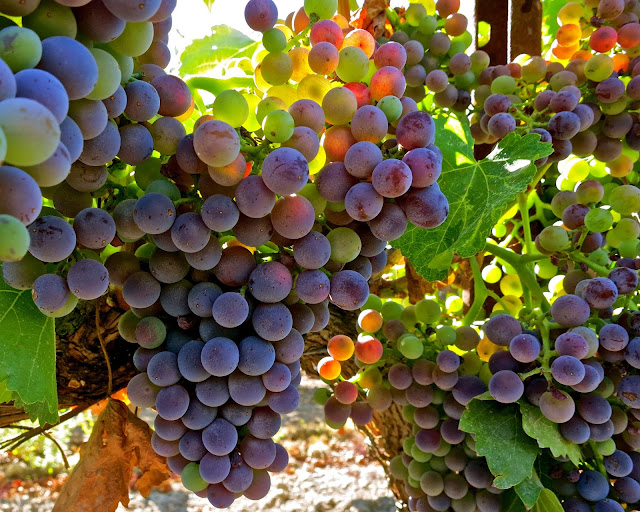 Is California Grenache on a cusp? 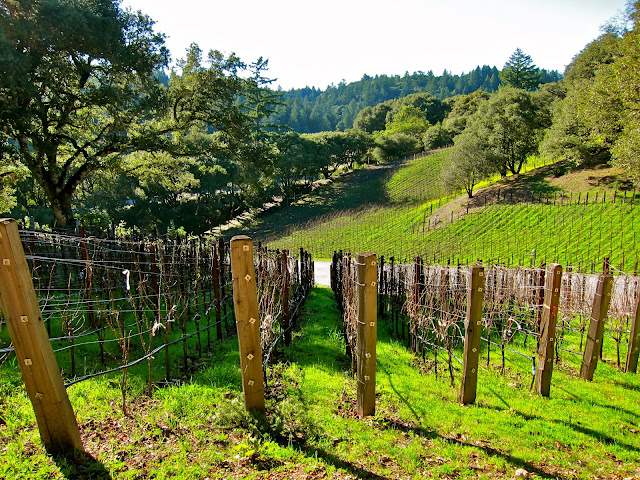 Randy Caparoso:
"I fought against the bottle," as Leonard Cohen wrote, "but I had to do it drunk"... specializing in wine as a restaurateur, retailer, wine judge, journalist, frequent flyer and mental traveler. But to me, wine is a food like a rose is a rose. So why all the fuss? Currently: Editor-at-Large/Bottom Line Columnist, The SOMM Journal; Contributing Editor, The Tasting Panel. Awards: Sante's Wine & Food Professional of the Year (1998); Restaurant Wine's Wine Marketer of the Year (1992 & 1999); Academy of Wine Communications (commendation) for Excellence in Wine Writing and Encouragement of Higher Industry Standards; Electoral College Member, Vintners Hall of Fame at the Culinary Institute of America, Greystone.